ISA Safety System: safe at work thanks to technology | ISA

ISA Safety System: safe at work thanks to technology 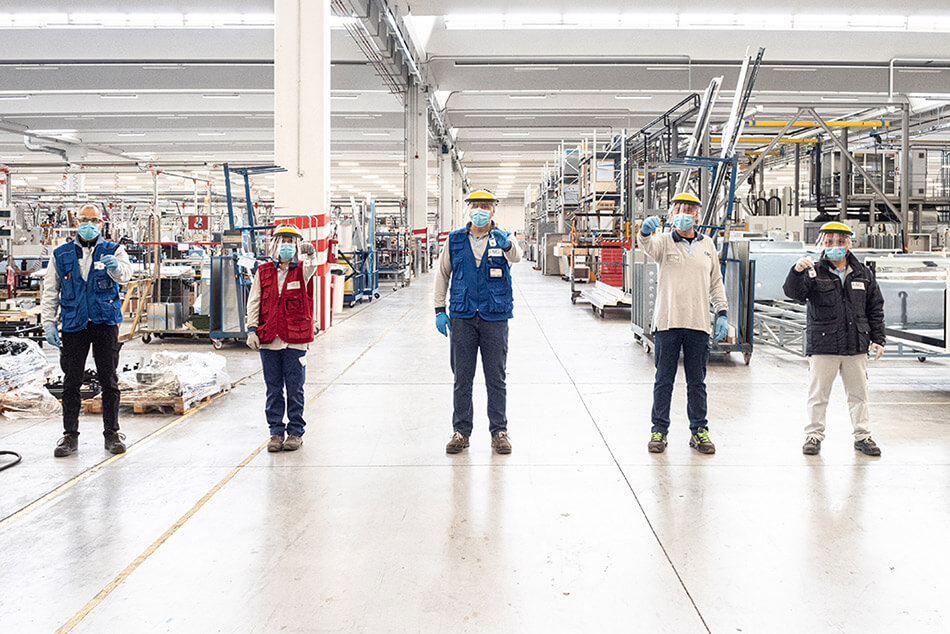 The umbrian company ISA SpA – one the world’s most important manufacturers of commercial equipment for bars, ice-cream parlors, pastry shops as well as refrigerated display systems for the Food & Beverage and Retail industry – has put in place a series of safety reinforcing actions thus implementing, among the first in Italy, a high-tech “SWAT system – System Workers Advance Tracing” to guarantee the highest safety standards for all employees.

In order to train workers to respect each other’s safety distance, a high-tech project called “ISA SAFETY SYSTEM” was developed by ISA’s IT department in collaboration with HPE – Hewlett Packard Enterprise, world leader for high-tech solutions. 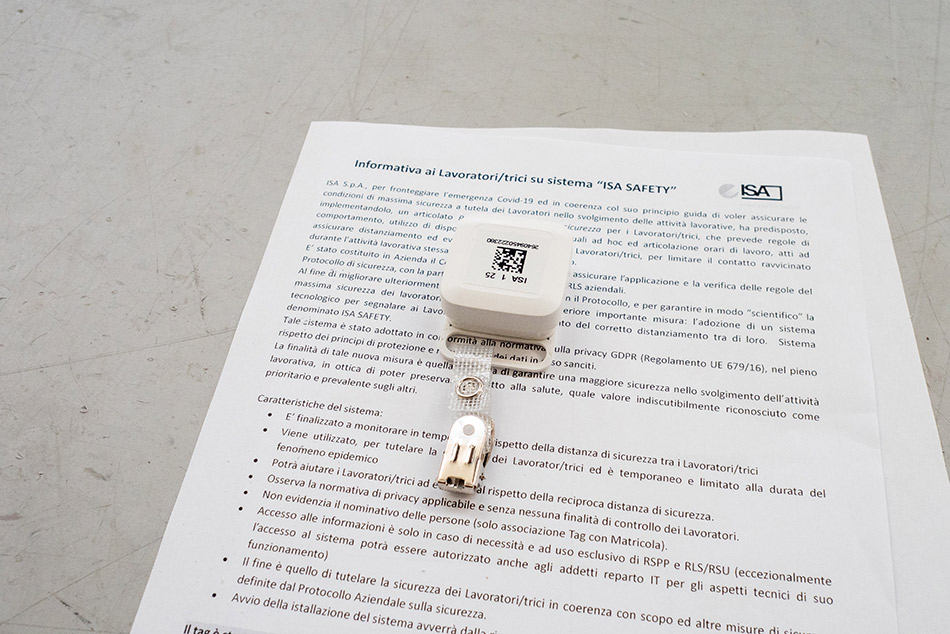 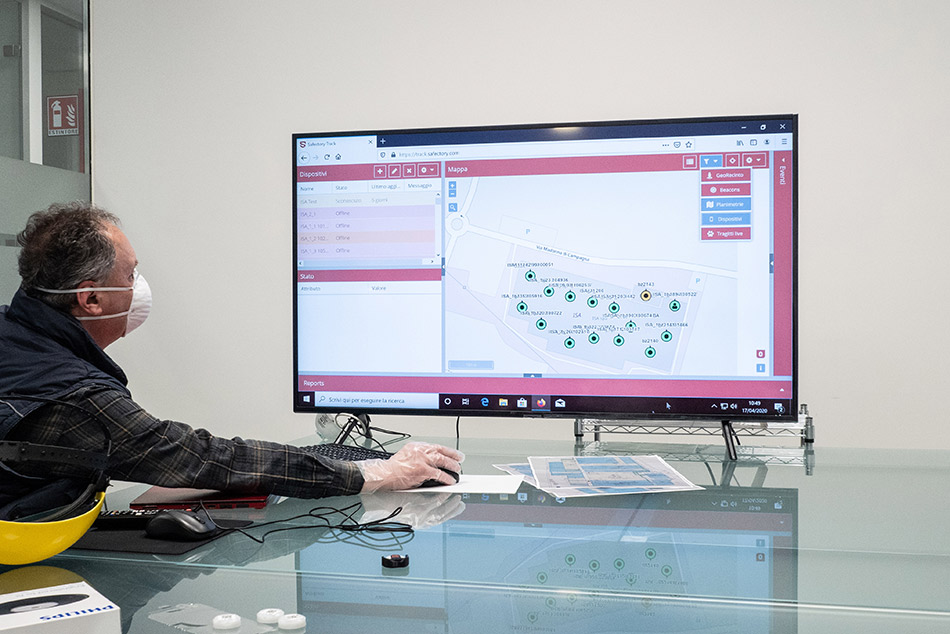 Each operator will be equipped with a TAG (a device with the size of a small key ring) capable of performing two very important functions: 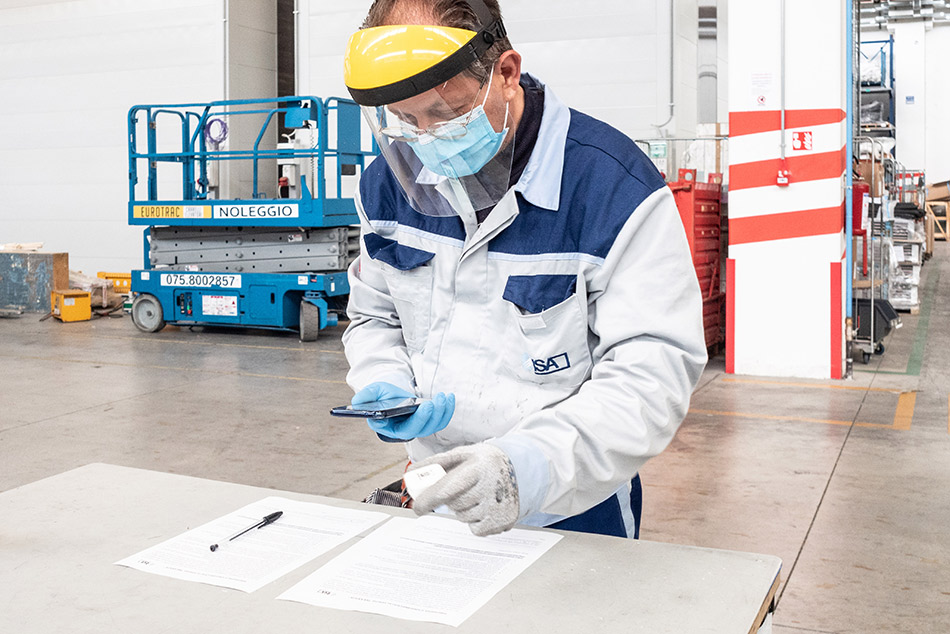 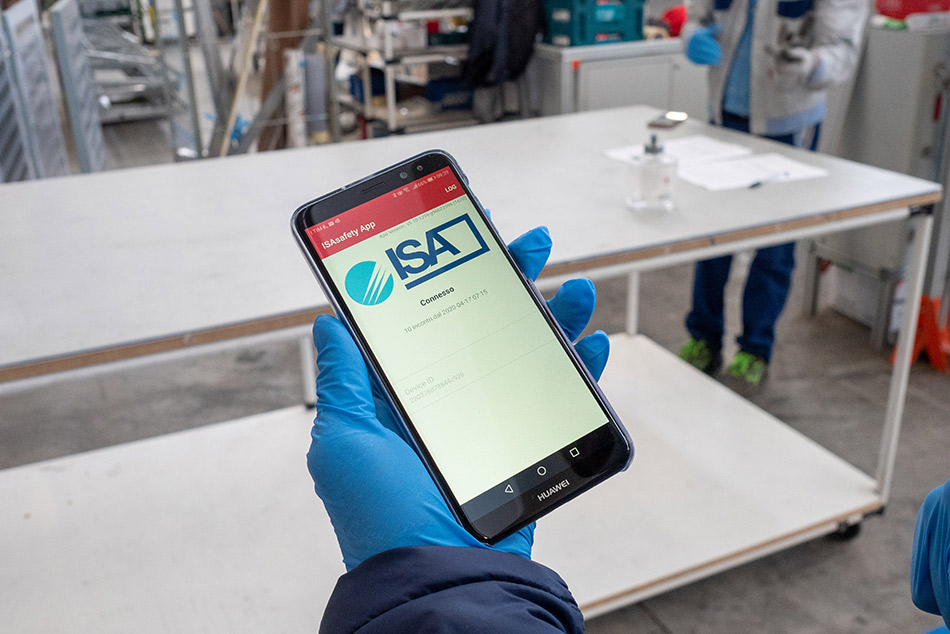 ISA Safety System adds to the other actions already put in place by ISA and agreed with the trade union organizations, aimed at bringing workers’ safety to the highest level.

Increase of individual protections.
In addition to ISA Safety System, each worker is equipped with a transparent front visor, Surgical or FFP2 masks, latex gloves (to be used underneat working gloves). 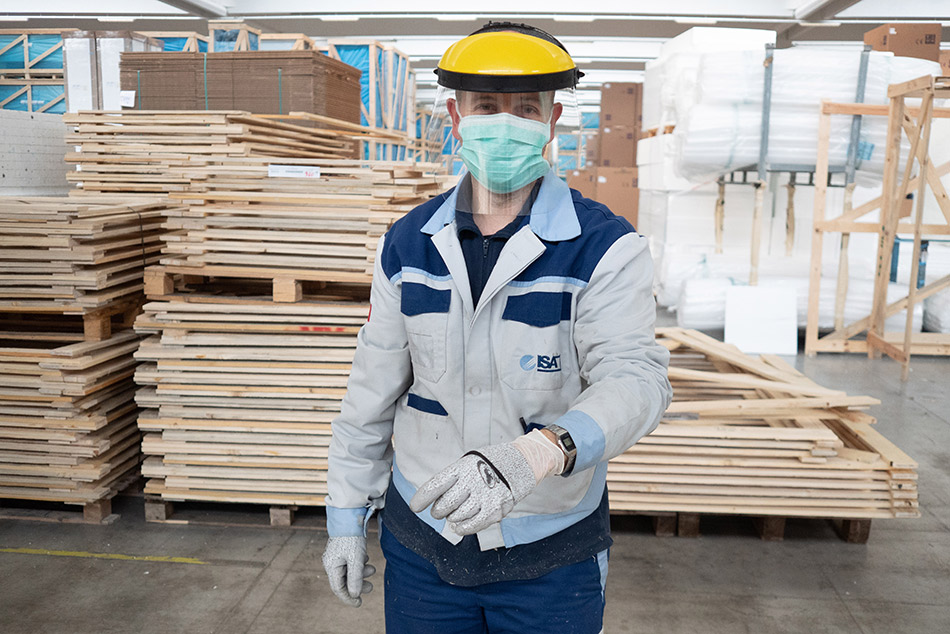 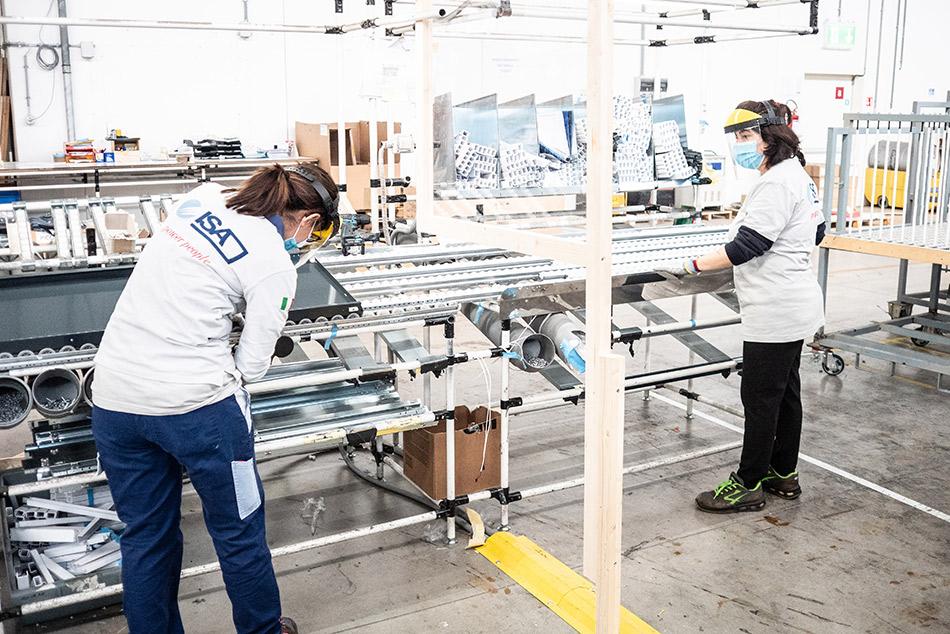 Implementation of new security measures within the factory.
Creation of new routes for the transit and stationing of people; installation of additional protections between workstations including supply of products for sanitizing hands and workstations. Furthermore, meeting points have been closed (changing rooms, dining and break areas): bathrooms sanitation frequency has been intesified; in addition, a limited quota access through a traffic light system has been introduced. 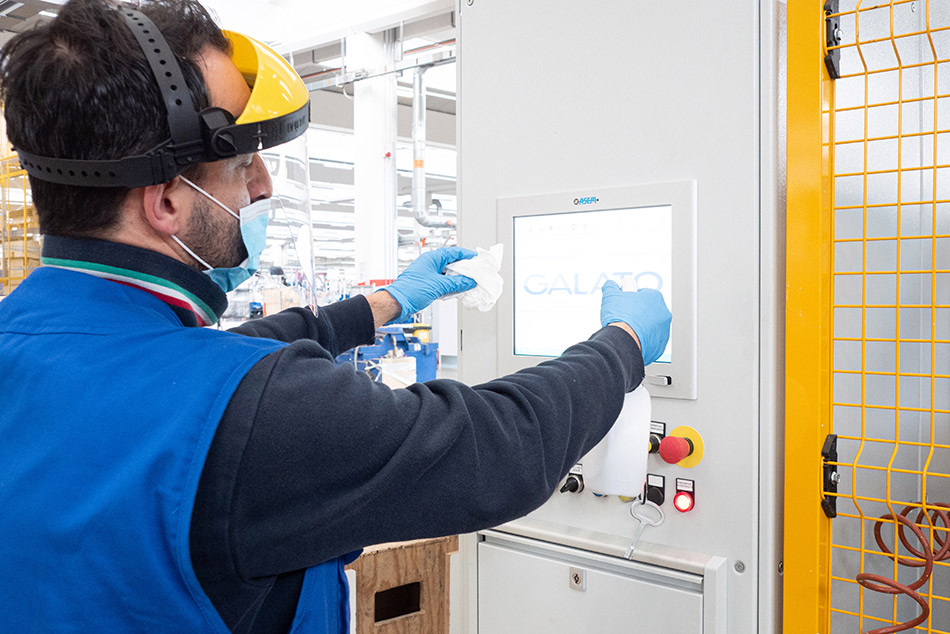 Products for sanitizing hands and workstations 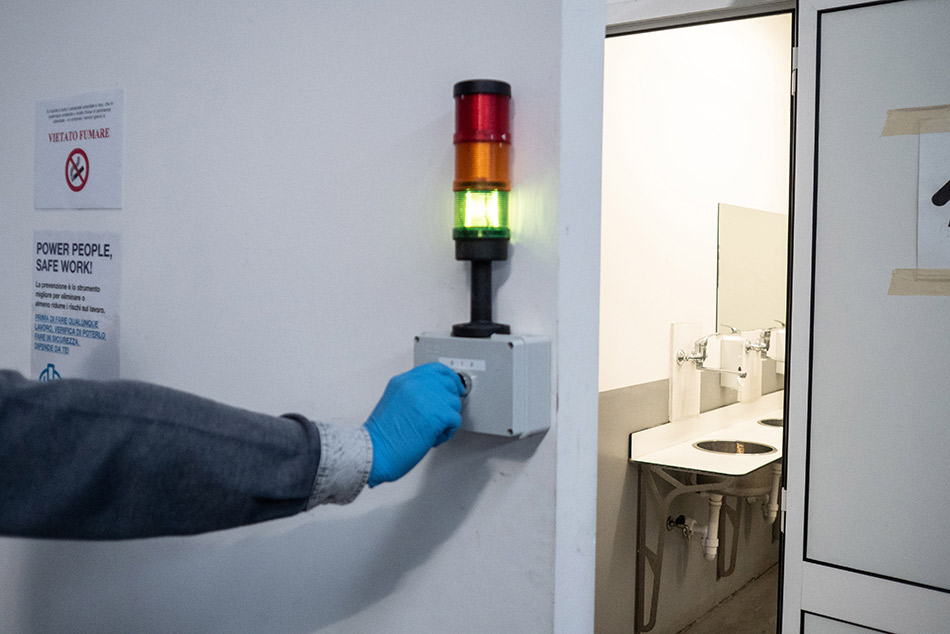